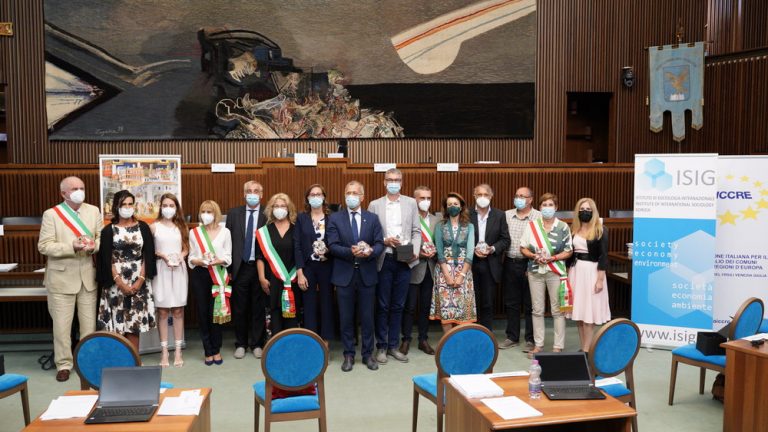 The event, held at the FVG Regional Council in Trieste, marked the closure of the program ELoGE – European Label of Governance Excellence promoted by the Council of Europe – Center of Expertise for Good Governance and implemented on the regional territory by AICCRE FVG with the technical and scientific support of ISIG.

The final ceremony organized by AICCRE FVG and moderated by Daniele Del Bianco – ISIG Director, was a moment of discussion on the themes of Good Government as well as on the added value of the implementation of the ELoGE Programme in the regional territory.

The Ceremony was concluded by the President of AICCRE FVG, Franco Brussa who outlined the next steps relating to the configuration of the ELoGE Program throughout the country.

ELoGE FVG has therefore configured itself as a valid tool to improve and strengthen the Good Governance of the local administrations of the Region and to favor the democratic participation of citizens in the public life of their Municipality, through the understanding of the 12 European Principles of Democratic Good Governance.